2020 Honorees to Be Recognized at Gala

Foundations in Education, a non-profit organization created to assist the Diocese of Bridgeport’s ongoing mission to support Catholic education in Fairfield County, announced its 2020 Gala Honorees—recognizing generosity in support of Catholic education and excellence in Catholic teaching and leadership. 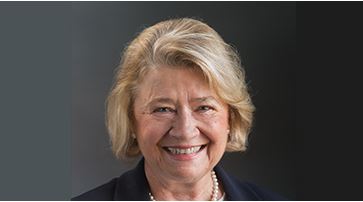 The 2020 Honorees are Lynn and Frank Mara and Dr. Julia M. McNamara. Foundations in Education will celebrate the honorees at the 5th annual Spring Gala on Thursday, April 23, 2020 at Woodway Country Club in Darien.

“Each year, we have the privilege of recognizing honorees who are true partners in our mission,” remarked Foundations in Education Executive Director, Holly Doherty-Lemoine. “This year’s honorees have impacted thousands of children and their collective contributions may be felt across the Diocese of Bridgeport and region.”

Frank and Lynn Mara are longtime supporters of the Diocese of Bridgeport, and have been active parishioners at St. Paul Catholic Church in Greenwich, since they were married in 1987.

After graduating from Fairfield University in 1982, Frank joined the New York Football Giants, Inc. as the assistant to the president and then worked in the college personnel division. Currently, he serves as vice president of community relations for the New York Football Giants. He has served on the board of Iona Preparatory School (where both he and his four sons attended) and is an active supporter of many charitable organizations including the Cystic Fibrosis Foundation, Sisters of Saint Dominic, Providence College and Malta House of Good Counsel. He is a board member of the Giants Foundation and served on the committee for Foundations in Education 2019 Gala.

Lynn is also the product of an all-Catholic education, graduating from Marymount College in 1982. She is an artist who was recently accepted into the Silvermine Art Guild in New Canaan. She attends daily Mass at St. Paul Catholic Church, where she is also a Eucharistic minister, a member of the parish council and former CCD teacher. Along with her husband’s philanthropies, Lynn supports Boys Hope, Girls Hope and is a small group leader of Walking with Purpose, a Bible study group for women.

Lynn and Frank have four sons, Sean, Jack, Frankie and Owen, and one daughter-in-law, Kaitlin Kelly. The sons all attended Greenwich Catholic School and Iona Preparatory School. Lynn said, “Catholic education was the greatest gift our parents gave to us and we believe it’s the best gift we could give our children as well.”

Dr. Julia McNamara’s career in Catholic education began when she served as a teacher in elementary and high schools where the focus was always on the Dominican tradition of seeking truth and communicating the immense value of learning. After completing her academic studies at institutions which included Ohio Dominican University, Middlebury College in Vermont and Yale University, she was invited to join the faculty and administrative team at Albertus Magnus College, where she served as professor of French Language and Literature and as dean of students. In 1982, the college’s trustees selected her to serve as president of Albertus, the position which she held until her retirement in 2016, at which time the trustees voted to confer on her the honorary title of president emerita.

Since her retirement from Albertus, Dr. McNamara has continued her voluntary services as a trustee on the board of Foundations in Education, Inc. where she chairs the committee on innovation and leadership, as a trustee of Anna Maria College in Massachusetts, as a trustee of St. Martin de Porres Academy in New Haven and as chair of the first-ever Capital Campaign for Dominican Academy in New York City, her high school alma mater where, she says, her love for learning began.

The annual Spring Gala is Foundations in Education’s premier fundraising event. Gala proceeds benefit Foundations in Education, including Bishop’s Scholarship Fund and Innovation and Leadership Grants. This year alone, Bishop’s Scholarship Fund awarded 1,456 students nearly $2,800,000 in tuition assistance so they may experience transformational education based on Christian values and character formation at Catholic elementary schools throughout the Bridgeport diocese. Foundations will be funding grants to educators in the amount of $150,000 for innovative and leadership initiatives within diocesan Catholic schools, thus benefiting students further.